Congress Moves To Invest In The Nation’s Estuaries

February 3, 2021 — THIBODAUX, La. — Congress reaffirmed its support and strong commitment to the National Estuary Program –  a time tested, non-regulatory program that enables communities to restore and protect the bays and estuaries they call home. The Barataria-Terrebonne National Estuary is one of 28 “estuaries of national significance” along the United States coast that will benefit directly from legislation approved overwhelmingly by Congress with unanimous support coming from the Louisiana congressional delegation.

United States Senator Bill Cassidy led the effort for passage in the Senate, with Senator John Kennedy also supporting the bill which passed the Senate with unanimous consent. The bill passed the House by a vote of 355-62.  U.S. Representative Garret Graves played an instrumental role in passing the legislation in the House and was joined by Representatives Cedric Richmond, Steve Scalise, Mike Johnson, Clay Higgins, and Ralph Abraham.

The Protect and Restore America’s Estuaries Act, with strong bipartisan support and unanimous approval in the Senate, was signed into law on January 13, 2021. The Act reaffirms support for the work of the National Estuary Program, and nearly doubles the annual funding limit to $50 million.  Under the new law, each NEP could receive as much as $1 million each year. The program funds critical research, and grants for local stakeholders in the Barataria-Terrebonne Estuary System to restore the ecosystem and to protect citizens and businesses combating the effects of the greatest land loss in the nation.

Senator Cassidy along with Senators Sheldon Whitehouse of Rhode Island and Tom Carper of Delaware were instrumental in securing the passage of the bill, and are long time champions of estuaries and coastal protection.

The Barataria-Terrebonne National Estuary Program (BTNEP) works directly with Louisiana communities at the local level to protect the coastal resources essential for tourism, commerce, storm protection, clean water and marine-based food supply such as fisheries and aquaculture. Increasing threats from pollution, harmful algal blooms, accelerating land loss, and risks to biodiversity threaten the vitality of estuaries across the country, and are a growing concern.

“We are truly fortunate that our congressional delegation is united in addressing the critical issues facing our people and businesses in the estuary and along the coast,” said T. Bradley Keith, executive director of BTNEP. “We greatly appreciate their efforts and the strong national leadership they projected in securing this critical legislation.” 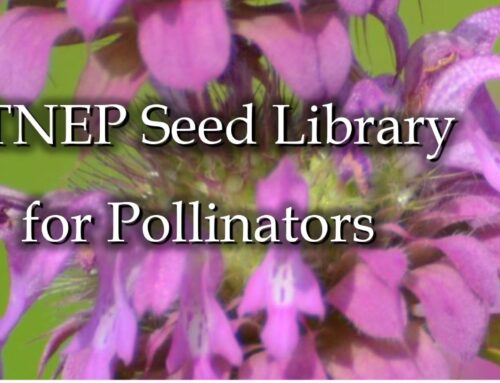 Is Your Library Branch Interested in Creating a Seed Library to Support Pollinator Conservation? Gallery

Is Your Library Branch Interested in Creating a Seed Library to Support Pollinator Conservation?